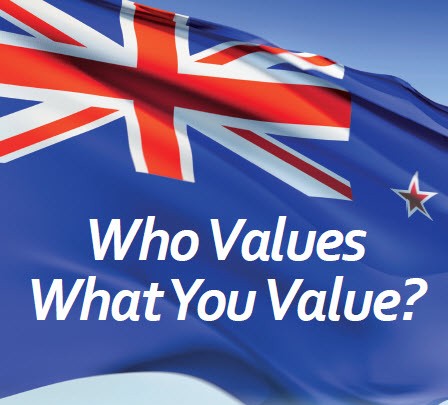 20 February 2018
With the sudden announcement of Bill English retiring from politics and leadership of the National Party, the battle is now on for a new leader (and ultimately the alternative Prime Minister if there was a change of government).

Below is a brief summary of the potential candidates for the position and how they’ve voted since 2002 on some key (and contentious) issues. It is important to note that Judith Collins has been in Parliament the longest and voted on some of the social engineering of the Clark-led government.

We have also based their position on public statements they have made. Therefore, while Mark Mitchell voted against redefining marriage in 2013, this morning he said that he would now vote for same-sex marriage. (It is therefore questionable whether he would support freedom of belief and a referendum on marriage now.)

This means that of the five candidates for leadership of the so-called ‘centre-right’ party, only one candidate is opposed to the redefinition of marriage. Amy Adams and Mark Mitchell also supported the euthanasia bill at 1st reading. It is therefore ironic that Judith Collins says that National has gone too far to the left and it is time to “straighten up.” 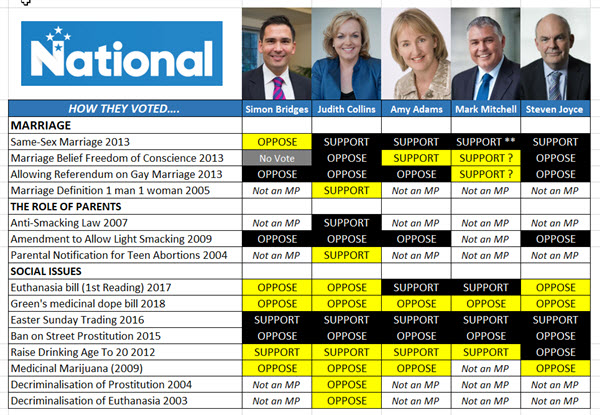 For a full explanation of the voting issues listed, DOWNLOAD our VALUE YOUR VOTE 2017 pamphlet which details them all.

As you can quickly see from our analysis, there are some candidates for the next leader who we would argue are more ‘family-friendly’ and with conservative values than other candidates – in our view. Let’s hope that the National caucus agrees.