When a charitable group who promotes the natural family as a fundamental social unit is deemed of “no public benefit”, you know a country is in deep trouble.

It’s not only our views they’re trying to muzzle – it’s your views also. Apparently, the importance of a mum and a dad and the creation of children is a “controversial” view in “contemporary NZ society“. Apparently your view has no “public benefit“. Really?

The other issue is this: Who will they target next? 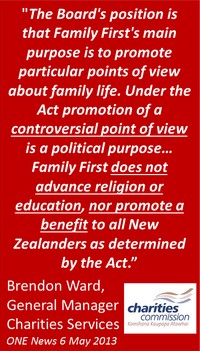 This issue is actually far bigger than just the status of Family First NZ. It’s about freedom of speech, traditional values, and abuse of government power in NZ.

That’s why we will fight this issue all the way. It’s actually not just about us. It’s about all charitable and faith-based groups and views deemed incorrect by the political elite. We need to fight this abuse of governmental power based on the prevailing politically-correct ideology.

This quote (right) makes us angry, because it not only attacks our views – it also attacks yours!

Thanks for your consideration of this urgent request. Help us to continue to promote strong families, marriages, and the value of life, based on the principles that have benefited New Zealand for generations – and in the process, give you a voice! Family First NZ simply could not exist without your support and investment.

Our fight for your values just became a lot more urgent!

P.S: Many supporters have asked us who’s on the Charities Registration Board. You can see the members HERE

P.P.S: Have you watched our brand new promo yet? 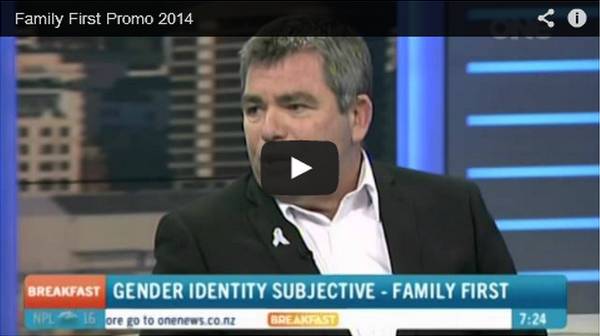