If you’re a parent and don’t think the anti-smacking law is relevant to you, think again! One of the concerns around the debate over the anti-smacking law was that children would use this against their parents and tell the authorities that they were being smacked. Surely the police and the social workers could tell the difference between fact or fiction. But in this harrowing case, the testimony of an 11 year old who was going through a hard time at school at the time was accepted as fact, but the many character references of these great parents were ignored, even to the point of encouraging the woman to leave her ‘abusive’ husband!

This is the story CYF refused to respond to when we asked them to answer the serious concerns raised. How could the authorities get it so wrong?

“Be careful. Be aware. Don’t think that it’s not going to happen to you.” Andrea (Mother)

This fourth short clip is this week’s example of “10 Good Reasons to Change the Anti-Smacking Law.” It’s the evidence that politicians and the media don’t want you to see. It’s the evidence John Key asked for – but won’t watch. So take a couple of minutes to watch and judge for yourself.    click on image (above) to view 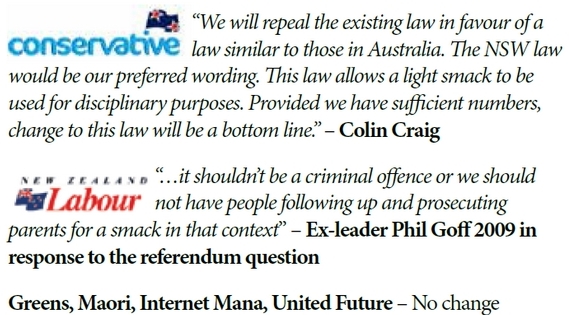 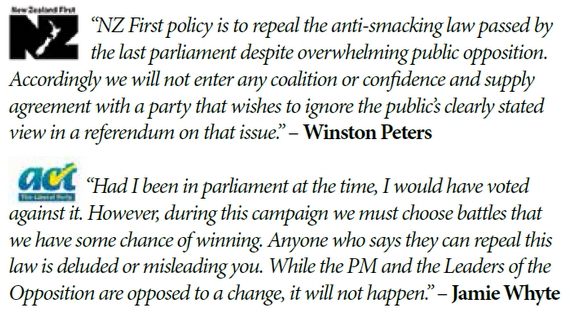